How to backup PS4 and Xbox One games! 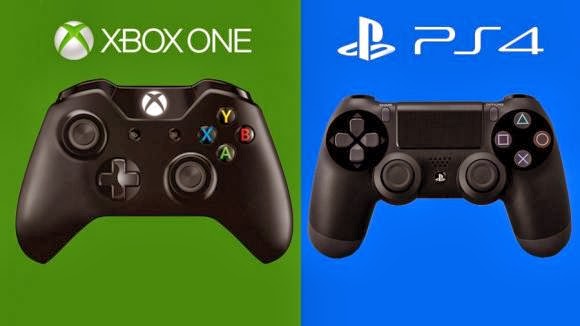 If you are thinking that this post is going to be all about how to backup games for video game consoles that have not yet been released, then you are greatly mistaken. Instead, we are going to have a look at what it will take to crack these systems open and how far away are the actual game backups from now.

First off, lets take a look at the architectures of both, the PlayStation 4 and the Xbox One.
Both consoles are using a nowadays common 64-bit architecture, which can be found on most newer home computers. The previous consoles (Xbox 360 and the PS3) were based on something called the PowerPC architecture, which essentially made it a bit more difficult to write code for it and test it as there are a lot less people who are familiar with the architecture.
Why is this 64-bit architecture so great for the new consoles and the potential game backups? Well, mainly because the architecture is really common on home computers these days. This means that there will be a lot more developers who will be willing to have a shot at the system and exploring its possibilities further.

It is still unclear what the PS4 is going to be hiding under the hood in terms of software, but Microsoft have already revealed their secrets when it comes to the Xbox One.
Xbox One will be running a trimmed down version of Windows 8 which will be tailored for the Xbox One. The games will use something along the lines of a virtual environment to have the them run, but other than that it will all be based on Windows 8.
What does this mean to us?
Well, first off, we already know that there are loads of possibilities for modifying Windows 8 on a home computer, for example being able to backup your applications or install homebrew on there. Having a 64bit architecture and Windows 8 on the Xbox One makes it a lot more open to modifications and a lot more flexible as to what can be done with the system.
Having 64-bit architectures on both machines also opens up the possibilities of having the machines running alternative operating systems, such as Linux. Now with Steam being able to run games on Linux and the current consoles having amazing specs you could build a powerhouse for Linux gaming!

Overall, our guess is that Xbox One will be the first console to have game backups possible and the PS4 will follow soon after. We’d say give it 4 months after the release of the consoles and keep following the news closely on the progress. PS4 will be a lot more difficult nut to crack since it will not have a well-known OS under the hood.
Here is a comparison of PS4 vs Xbox One for those of you who are interested:

How to Unlock PS3 - Discover How to Copy and Play PS3 Games From PS3 Hard Drive! 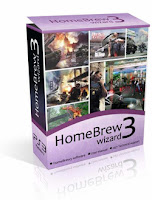 The Sony Playstation 3 has taken video gaming to another level with mid blowing graphics and awesome gameplay which has won over so many people worldwide! Due to its success PS3 owners are now looking into ways to backup their PS3 games so they can protect their orignial discs from being destroyed and damaged.

Back in the days, doing this sort of stuff was very technical and required some knowledge of electronics and being able to install modchips with soldering irons. This method was dangerous and ran the risk voiding the factory warranties that came with the console.

This lead to the development of finding ways on how to copy ps3 games to hard drive. This technique is far more easier and eliminates the risk of wreaking your ps3 gaming system.

By using special software that is installed in the ps3 system, the software will unlock the ps3 firmware to enabke you to play games from the hdd. Next step just insert the game disc and then open up  and copying program that can download the game onto the hard drive. This game will be uploaded onto the hard disk in a playable format so all you have to do is select the game from the menu and your away laughing.

Playing games from the hard drive is better as you will experience greater loading speeds and faster gameplay.

Whars even cooler is this can be done in a matter of 30 minutes. All you need to do is find a site that contains the software and installation instructions to get it done.

Gone are the days of using dodgy thrid party modchips that fail or do harm to your console, now there's a better way through backing up games to ps3 hard drive.

To learn more head over to my site here for more info - How to unlock PS3 - Copy games to PS3 Hard Drive! 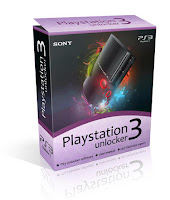 The Playstation 3 is a great console with amazing graphics but the question on many ps3 fans minds is – how to unlock PS3? When gamers refer to unlocking their console they mean unlocking parts of the gaming machines firmware in order for it to play backup games or the this case PS3 backup games.
Click Here - How to Unlock PS3 and play backup PS3 games without modchip!
What Does It Mean – How to Unlock Your PS3?
As mentioned at the start of this article when you learn how to unlock PS3 you unlock features that are not normally possible running the standard firmware. To make PS3 unlock work you first need to download software called PS3 homebrew installer, this software when installed onto your playstation 3 unlocks features of your consoles firmware and enables it to copy and play ps3 games from the systems internal hard drive.
This type of mod for PS3 is what you call a ’softmod’ where instead of installing a modchip to read PS3 backup games the mod is done thru a software manipulation of the PS3 firmware. This comes with less risk and also doesn’t require you to break open the machines case which can void your factory warranty.
Not only does PS3 homebrew installer software give you playstation the ability to play copied ps3 games it also unlocks an ability to play region coded blu-ray movies and imported ps3 games. This is an attractive option for people that buy games online or bring them back from overseas holidays. PS3 homebrew comes bundled with dozens of other applications like emulators and players that can be very useful. So learning how to unlock PS3 is something you definately need to do.

How to Unlock PS3 – So Where Do I Go Download PS3 Unlocker Software (PS3 Homebrew).

You need to be cautious when choosing where to download this software, there are hundreds of sites that claim to have PS3 hack software and unlocker programs but most are outdated and no longer work.
However if you download PS3 homebrew installer software you get a software package that works and is constantly updated to keep up with any firmware updates that might occur. Whats more awesome is that it comes with step by step instructions on how to unlock PS3 and run homebrew PS3 in less than a hour.
To find out more about PS3 Homebrew installer software visit here: How to Unlock PS3
Posted by NZman at 6:01 PM No comments: